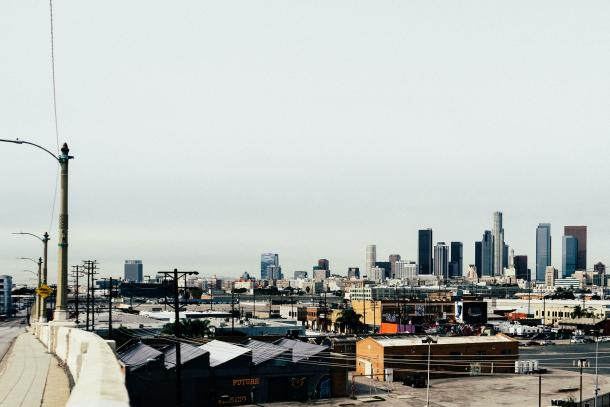 Netflix’s “Nightstalker” Recalls the Good, the Bad, and the Heinous in 1980s Los Angeles

Three decades after he terrorized Los Angeles County, Richard Ramirez – aka the Night Stalker – is once again sending chills down Americans’ spines. A new Netflix documentary about the prolific serial killer has become the newest binge-watching obsession for a nation still beset by a public health crisis and economic shutdowns.

Nightstalker: Hunt for a Serial Killer centers around Ramirez’ yearlong crime spree. It also harkens back to an era that some Angelenos will remember well. It features local icons like longtime broadcast journalist Tony Valdez.

The first episode of Nightstalker opens with a crash course on Los Angeles in the 1980s.

“L.A. was a façade,” helicopter news anchor Zoey Tur recalls. “From one side, it was glamorous – celebrities. But if you went around to the other side, L.A. could be a very dark place. You could be anybody here. It also attracted very, very dangerous people.”

Even then, Los Angeles was a multi-cultural metropolis. The Latino community was growing rapidly, especially in East L.A., and it was impacting local politics. Life in the lower-income Eastside neighborhoods looked very different from life in the Hollywood Hills, however. This was a time of great social inequality, excess, and change.

Retired L.A. County Sheriff’s Detective Gil Carrillo was practically a rookie cop when Ramirez began his murder spree in 1984. He would later team up with one of the department’s most revered homicide detectives, Frank Salerno, of Hillside Strangler fame.

The differences between the two men seem like a microcosm of the stratification that existed at the time. Carrillo was a young, Hispanic cop from East L.A., who had only narrowly escaped a life of crime himself when his parents signed him up for the U.S. Army.

It was Carrillo who would become the first person to connect the dots between a spate of sexual assaults and murders in Rosemead, Monterey Park, and Whittier. Once laughed off by colleagues, Carrillo would eventually confirm Los Angeles had a serial killer in its midst.

Ramirez claimed over a dozen lives in both San Francisco and Southern California before he was caught, also hitting the neighborhoods of Glassell Park; Monrovia; Burbank; Arcadia; Sierra Madre; Glendale; Northridge; and Diamond Bar. The irregularity of his crimes made them all the more terrifying. He had no real victim "type" and that meant everyone was a target.

The perpetrator was finally apprehended in the summer of 1985 by a group of East L.A. residents after an attempted carjacking. They held him down and beat him until police arrived. At his sentencing, he uttered the now infamous words, “See you in Disneyland.”

Ramirez died from cancer in 2013 while awaiting execution. His heinous actions remain an indelible part of L.A. history.