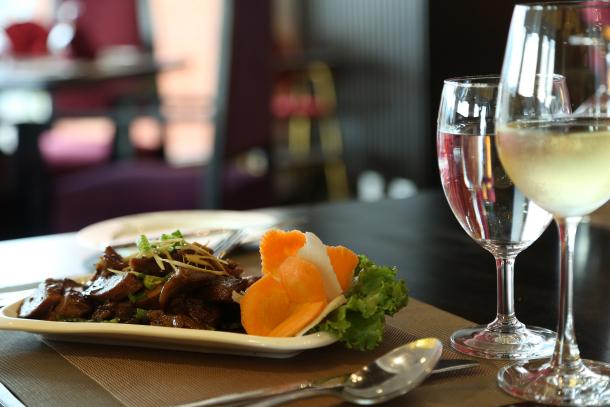 Outdoor Dining Bans Were Supposed to Slow Viral Spread. Did They Make It Worse?

When L.A. County first banned outdoor dining, restaurant owners were livid. Some had spent thousands of dollars in patio upgrades. They noted there was very little scientific evidence that outdoor dining was facilitating spread.

At the time, some L.A. restauranters even called the policy dangerous. It was implemented just before Thanksgiving. They warned that families who had planned on meeting around outdoor restaurant tables would be forced inside homes where COVID-19 is much more likely to spread.

Restaurants and cities challenged the county’s policy, but the issue was soon rendered moot. The state implemented its own outdoor dining ban for counties where the virus was spiraling out of control.

Fastforward to January and it doesn’t look like those outdoor dining bans had much positive impact. In fact, there’s increasing concern that restaurant owners were right – that the policy pushed more people to eat at homes, indoors.

"We won’t be able to know the exact percentage it drove, but I would say closing outdoor dining certainly did not help and likely hindered efforts to avoid a surge," Dr. Monica Gandhi, infectious disease expert at UCSF, told SF Gate. "It shut down in early December, and things did not get better from there; things actually got worse. Restrictions should be about understanding the human condition and keeping places that are safe open…”

The policy is now the subject of a lawsuit filed by a coalition of Bay Area restaurants and wineries against the state. The plaintiffs have called the ban on outdoor dining "arbitrary, capricious, and untethered to evidence."

There is, of course, much more to California's public health situation than outdoor dining policies. Last week, researchers announced the discovery of a new "homegrown" coronavirus variant that could be responsible for the Golden State's terrible winter surge. Read more about the discovery here.