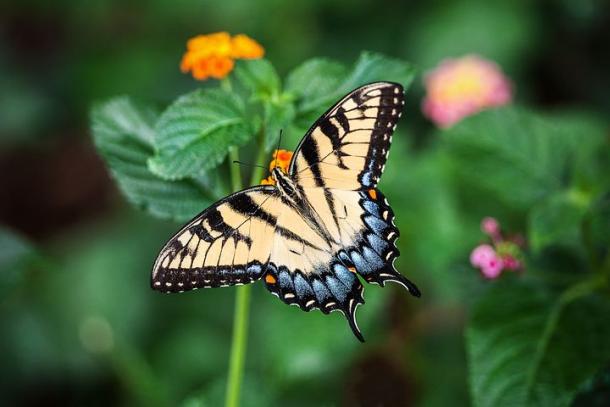 The battle for California’s butterflies

Wildfires, pesticides, and climate change continue to decimate the Golden State’s butterfly population. Eighteen California butterfly and moth species are critically endangered according to new filings from the State of California Natural Resources Agency and the Department of Fish and Wildlife. These include the Laguna Mountains skipper; the El Segundo blue butterfly; the Palos Verdes blue butterfly; the Carson wandering skipper; and the monarch.

“The butterflies are the canary in the coal mine, you know," Scott Black, executive director of the Xerces Society for Invertebrate Conservation, told the BBC. "We're going to see other butterflies and bees, and other important insects, and then our birds; and then our mammals head that same way if we don't take action soon."

"Over 94% of songbirds need insects to feed their young," he added. "If you want to have fish in your rivers and streams then they need invertebrates to feed on. If you want to have pollination of your food crops, then think insects. I think that people really do need to wake up: the ramifications are clear and will affect humans on an everyday level in the next 20, 30 years. And that's my kids, that's everybody's kids around the world."

Conservationists are doing their part to protect butterfly and moth populations. Carlo Mondavi’s Monarch Challenge aims to reduce the negative impacts to biodiversity from agriculture and vineyards in Napa and Sonoma. His group promotes a more environmentally-friendly winemaking method. Mondavi has also introduced an all-electric smart “Monarch Tractor” to reduce carbon emissions from farming. In addition to helping the environment, he said it can save farmers a lot of money.

“If you plug into the grid [rather than use diesel], your average farmer saves 53 tonnes of carbon per tractor per year. It's another 25 metric tonnes when you're going solar or completely renewable for your farm's power supply, and those are based on our recent, modest calculations,” he explained.

At the San Diego Zoo, there is a breeding laboratory where experts hand-rear the larvae of endangered butterflies. It can be a challenging process, according to senior wildlife specialist Esther Chang. The caterpillars will actually fight one another in captivity.

But the most impactful conservation work may come from the everyday actions of regular people. The average Californian can make a big difference by planting flowers in their yard that butterflies can access for nectar and lay their eggs, Black said. They can also be mindful of their pesticide use.

Learn more about how you support California’s butterfly population here.