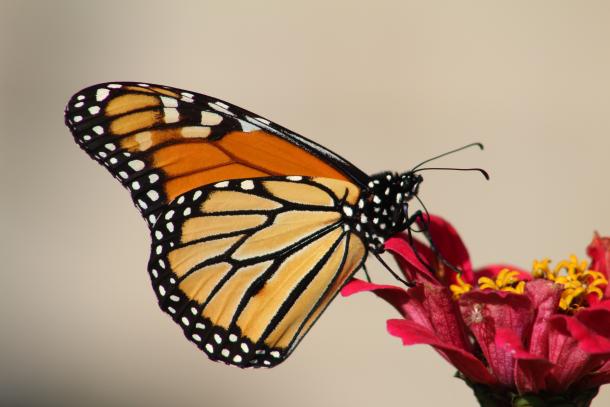 Not long ago, monarch butterflies were feared to be nearing extinction. But scientists have observed an incredible turnaround in the population this year, with California’s numbers increasing to their highest total since 2000.

“It’s really encouraging,” Jessica Griffiths of the Xerxes Society told the Sacramento Bee. “I’m personally so delighted by it.”

Experts encourage Californians, and particularly those in San Luis Obispo, to plant more milkweed in order to keep the population flourishing.

Despite this year’s numbers, the insects are still considered endangered due to climate change and habitat destruction. And it’s not clear whether there are more butterflies or whether more groves are simply being counted.

As insects, butterflies are an important part of the food chain. Birds, fish and pollination all depend on these delicate creatures.

In 2014, butterfly conservation groups filed a petition with the U.S. Fish and Wildlife Service to have monarchs added to the Endangered Species List. That petition is still under consideration by the federal government.