Guest Feature from Ernie Powell on Seniors, Poverty and the Preservation of Safety Nets

Far too many Californians believe that older people in our state are wealthy and economically secure. Sometimes, in the harshest tones, we hear about the “greedy geezers” who drive expensive cars, play 9 to 18 holes of golf and live in elite communities. Such grossly inaccurate opinions, however, are far from the shocking day-to-day reality of aging in the Golden State.

In March of this year, the Sacramento Bee, in a piece titled “Poverty rate jumps among California seniors” reported that “the older you are, the poorer you are. For a growing number of California seniors living on the edge of poverty, that’s the uncomfortable reality.”

The backdrop for all of this is that the Federal poverty line is $11,400 for a single individual. And, as the Bee noted, as residents age, the more pronounced poverty becomes.

As the article points out, the older you are in California the more difficult it can get. And, the trends are not good. From 2000 to 2014 we see the following:

Meanwhile, the article emphasized, daily living costs are going up and up. The article reports that 622 prescription drugs widely used by seniors increased at an average of 9.4%, according to an AARP study. Over the last 20 years food prices have increased by an average of 2.5% annually according to the U.S. Department of Agriculture. Some basics such as eggs jumped nearly 18% in price last year.

As seniors struggle with galloping inflation, their funds for saving have dropped to a precipitous low. According to a 2015 report from the U.S. Government Accountability Office, 30% of Americans 55 and older have no retirement savings or work pensions. And, when it comes to housing, one quarter of elderly California households live in rental units and “roughly one-third spend at least half of their monthly income on rent.”

The fact is senior poverty in California is going up at a dramatic pace. SF Gate reported in March of 2014 “The situation is particularly dire in California, due to the high cost of health care and housing. About 20% of California’s seniors – compared to 15% nationally – live below the poverty threshold” as reported by a Kaiser foundation study.

Is there a solution or an answer to all of this? The answer is a resounding yes!

It begins by understanding democracy. The theme has to be consistent with the following principle: “don’t mourn, organize.” Every historical challenge in which advocates crushed deep entrenched economic obstacles – via the mechanics of democracy – started at the grassroots. Social Security which is the single most successful American economic security program for seniors, for surviving spouses for children and for persons with disabilities sprang from the vision of Franklin Delano Roosevelt’s New Deal brain trust during the Great Depression.

Largely unheralded, though, is the critical boost Social Security received from a broad-based, citizen launch that demanded its passage. That boost was “The Townsend Movement.” The movement’s birth began one morning in 1933 in Long Beach, Ca. when Dr. Francis Townsend, a retired doctor, looked out of his window and saw an elderly woman rummaging for food in his trash bin.

As reported by this author in a Zocalo Public Square piece, “How a Long Beach Doctor Created Social Security,” Dr. Townsend said that “the sight enraged (him).” So he wrote a letter to the editor of the Long Beach Press Telegram recounting the episode and his reaction to it.” In it, Dr. Townsend said, “A torrent of invectives tore out of me, the big blast of bitterness that had been building for years… I swore, I ranted and I let my voice bellow with a wild hatred I had for things as they are.” Within a few years and starting from his letters to the editor 7,000 Townsend clubs were in place around the country – demanding a retirement system for all.

Hence, when thinking about how local leaders can work to protect and improve the lives of this vulnerable population – seniors – it becomes imperative that they understand the importance of Social Security. And in that understanding another imperative is to understand a fundamental set of facts: it is not going broke and is not in crisis. It needs to be protected and expanded. Without it, poverty would skyrocket. According to Social Security Works, there are 5,528,810 Social Security recipients in our state as reported at www.socialsecurityworks.org. (I am their California organizer and consultant.)

It is important to note that California’s safety net for seniors is not only federal. In fact, over the years, the state created additional programs to combat poverty. Those state programs include adult day care, congregate and home-based meals programs, systems that protect against consumer fraud and abuse, as well as the management and services of local senior centers (in some cases costs are shared federally and via state budgets). Most lamentable, though, these crucial state supported safety net systems suffered draconian cuts in the last fifteen years, thus contributing to the increases in senior poverty described here.

Hence, local officials at every level should work with those people so dramatically impacted to press their elected members of the State Assembly, the State Senate and the Governor to rebuild and return needed funding support for the state safety net.

Former Vice President Hubert Humphrey stated years ago that “this is the first generation in all of recorded history that can do something about the scourge of poverty. We have the means to do it. We can banish hunger from the face of the earth.” He further remarked, “When the dignity of one person is denied, all of us are denied.”

Local leaders, working via the democratic process with the people most affected must organize and raise their voices. California must be a state that ages with dignity.

Any level of poverty in this great state is wrong. Every generation owes it to each other to do the right thing. That is the dream of what we have called “The Golden State.”

Ernie Powell is a public policy and campaign consultant currently working with Social Security Works! and the California Long Term Care Ombudsman Association. He has written for both Huffington Post and Zocalo Public Square. From 1993 to 2007 he was a Legislative Representative with California AARP. From 2008 to 2012 he served as AARP California's Advocacy Manager in Sacramento. He worked for AARP for a total of nineteen years. He resides in Los Angeles. 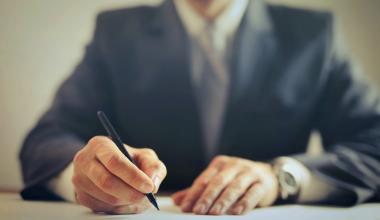