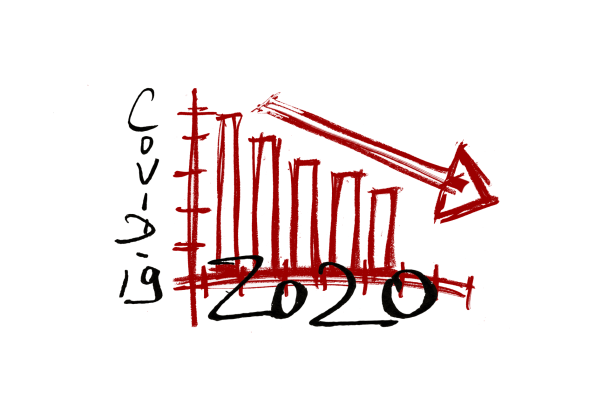 Gavin Newsom warned us that the new budget numbers would be “jaw-dropping.” And he was right. State officials unveiled a $54 billion budget deficit on Thursday—the largest in California history.

The eye-popping figure comes from a $41 billion decrease in revenues, $7 billion in health and human services programs, and some $6 billion in additional spending, most of it related to the pandemic. Officials are predicting a state unemployment rate of 18%, a 9% loss in personal income, and a significant drop in new housing permits.

Cuts to schools and local governments are certain to follow. “In one example, California’s public school system, including K-12 and community colleges, will lose $18 billion in the state’s minimum-funding guarantee, setting back years of striving to reach adequate education funding,” writes CalMatters’ Judy Lin.

You can read about some of the possible cuts on the horizon here. They include scaled down homeless and affordable housing projects, as well as plans to reduce local building fees and eliminate the governor’s early childhood education initiatives.

CalMatters reports that the cities of Los Angeles, San Francisco, and Stockton have ramped up calls for a statewide tax increase via the November ballot measure rolling back parts of Proposition 13.

“I urge strongly everyone to endorse this measure because, again, we’re going to need revenue,” said Stockton Mayor Michael Tubbs.

But a new tax measure at a time of double-digit unemployment could be a hard sell.