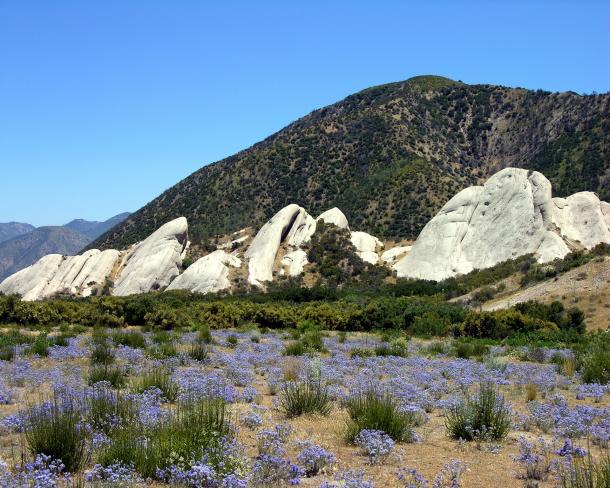 LA’s Big Quake Could Look Far Different Than We Imagined

Scientists have pinpointed a long-overlooked portion of the southern San Andreas fault that they say could pose the most significant earthquake risk for the Greater Los Angeles area — and it’s about 80 years overdue for release.
But there could be a silver lining. If their analysis is right, experts say it’s possible that when a long-predicted and much more devastating earthquake hits, it may not do quite as much damage to the region as some scientists previously feared. — Los Angeles Times

The study was published Wednesday in the journal Science Advances. Kimberly Blisniuk, an associate professor of geology at San José State University, was the head researcher.

The crux of her study is that a fault strand known as the Mission Creek strand is moving much faster than previously thought and could give way to the ‘Big One’ Angelenos have long feared. But that strand runs from Indio through Desert Hot Springs to the San Bernardino Mountains and would produce a far less damaging quake. Experts say LA’s risk has been reduced significantly if the study’s findings are true.

As for the Coachella Valley, it has some preparation to do.

“Any infrastructure in that area, like water or gas lines which run over the fault itself, will need to be looked at with a critical eye, given that offsets of as much as 30 feet could occur in the event of a major quake,” LAist reports.

Read more about the findings and why they are important here.