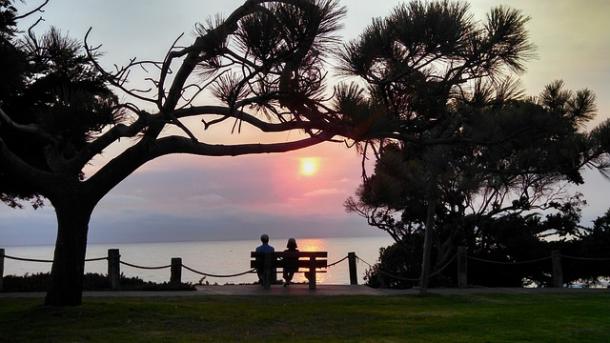 Nearly a century ago, a grave injustice was perpetrated against Black families in Manhattan Beach. Now, state and local leaders have the to chance atone.

Legislation announced by Sen. Steven Bradford (D-Gardena) would allow Los Angeles County to return a piece of oceanfront property to the living descendants of a Black couple named Charles and Willa Bruce. The land was taken from the Bruces by Manhattan Beach authorities in 1924 under the power of eminent domain.

Before the seizure, the Bruce property had been a popular resort for African Americans called Bruce’s Beach. The business attracted a few other African American families, who moved into the area. Bruce’s Beach quickly became the target of racist neighbors and the Ku Klux Klan. Manhattan Beach condemned the neighborhood in 1924.

City authorities said they needed the land for a park. Evidently, they didn’t it very badly. A park wouldn’t be built for another 30 years. The Bruces’ parcels were transferred to the state in 1948 and to the county in 1995.

The history of Bruce’s Beach came up for discussion last summer during the George Floyd protests for racial justice. Supervisor Janice Hahn began looking for ways to return the property to the couple’s living heirs. However, Hahn has said state legislation would be needed to complete the transfer. That’s where Sen. Bradford’s bill comes in.

Bruce family representative Duane Shepard Sr. has expressed appreciation for the continued efforts to return the property. But the family is still dissatisfied with the actions of Manhattan Beach leaders who voted against issuing an apology last week, opting for a “statement of acknowledgement and condemnation” instead.

A legacy of racism still haunts Manhattan Beach. Two months ago, a couple of Black surfers were allegedly pummeled with racial epithets while enjoying the waters near the Manhattan Beach Pier. During the altercation, a white surfer pointed to a stretch of land and told them to “Go down there … that’s where the Blacks used to surf.” He was pointing to Bruce’s Beach.