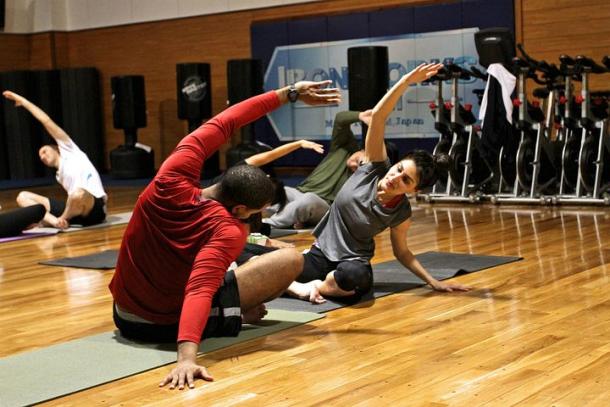 Why some counties are exempt from the state's mask mandate

The state announced exemptions to its new indoor mask mandate last week that will allow people in some Bay Area counties to ditch face coverings in certain spaces.

The updated rules specify that the new statewide mask requirement will not impact any counties “that had pre-existing masking requirements irrespective of vaccine status, in indoor public settings, prior to December 13." For those counties — which include Los Angeles, San Francisco, Alameda, Marin, Contra Costa and Sonoma — the existing face covering rules implemented by local authorities remain in place.

In Los Angeles, that doesn’t mean much. Its face covering policy is nearly identical to what the state has announced anyway. But for the Bay Area counties, it means more relaxed rules compared to the rest of the state.

“San Francisco, Alameda, Contra Costa and Sonoma counties all had existing indoor mask mandates that exempted certain settings such as offices and gyms where stable cohorts of 100% vaccinated individuals gather. All four counties have since announced they will be able to keep their existing mandates, meaning masks can come off inside offices and gyms if all individuals are vaccinated,” according to SFGATE.

“Marin County also had those exemptions built into their indoor mask mandate, which was lifted in November. The county's health department confirmed to SFGATE on Wednesday that even though the mandate was not technically active on Dec. 13, the state has granted an exemption for them to restore the original masking policy.”

California is preparing for what could be a devastating winter surge. The U.S. Centers for Disease Control and Prevention forecasts up to 1,300,000 new reported cases this week. While vaccines continue to help protect against severe disease, they appear much less effective at preventing infection with the new Omicron variant. Experts worry that even if Omicron turns out to be less severe, as some reports indicate, its sheer transmissibility will produce enough sickness to overwhelm hospitals.