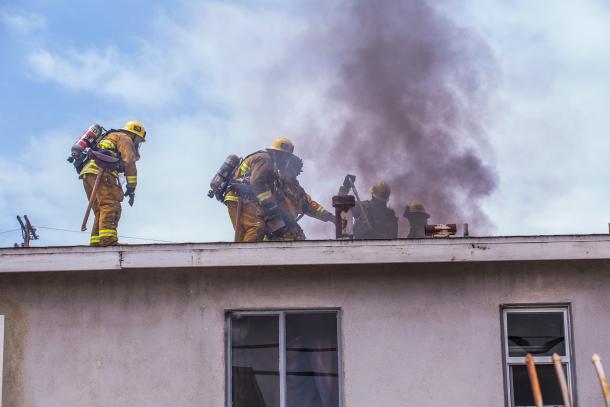 Fire at San Diego Supervisor’s Home May Have Been Arson

Investigators with the San Diego Police Department say an early morning fire at the home of San Diego County Board of Supervisors Chair Nathan Fletcher is being treated as suspicious.

The fire occurred around 4:00 AM on Jan. 12 while Fletcher and his wife — former Assemblywoman Lorena Gonzalez-Fletcher — were asleep.

“The front of our house was engulfed in flames, but we were able to safely evacuate out another door,” Nathan Fletcher told NBC San Diego.

The San Diego Metro Arson Strike Team (MAST) was sent out to investigate. MAST says the fire started outside the home, lending to its suspicious nature. The blaze caused $36,000 in damage. Fortunately, no one was harmed.

Neighbors expressed concerns that the fire may have been started as retribution for the Fletchers’ political activities.

County News has covered the anger and vitriol over COVID-19 policies in San Diego extensively. Fringe activists have repeatedly disrupted San Diego County Board meetings with threats, insults, and racist tirades. Fletcher, a Democrat, has been the focus of many of the attacks. In November, new rules were passed to curb some of the explosive behavior at county meetings.

Gonzalez-Fletcher also has her fair share of detractors. Before she resigned to head the California Labor Federation this month, she was Chair of the Assembly Appropriations Committee, making her one of the most powerful lawmakers in the state. A bill she authored in 2019 upended the careers of many independent contractors. She too has received regular attacks on social media, including from anti-vaccine activists upset over immunization legislation she authored in the legislature.

In 2020, GrassrootsLab’s Mike Madrid issued a warning about the escalating attacks on public officials.

“Heated debates in city councils are not new. What is new is the emerging tactic of violating the private homes and space of public elected and government officials,” he wrote.

“This activity must be stopped. The state legislature and city governments must proactively take steps to protect the safety and privacy of government officials.”