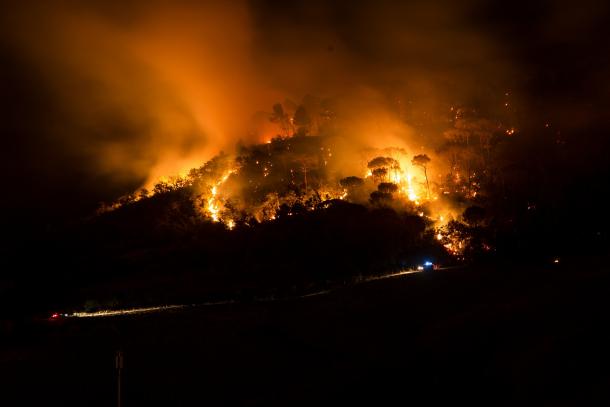 Six counties have reached a settlement with Pacific Gas and Electric (PG&E) that will allow the utility to avoid criminal prosecution for its role in two devastating Northern California wildfires.

Faulty PG&E equipment was identified as the cause of last year’s Dixie Fire — the second largest wildfire in state history — as well as the 2019 Kincade Fire in Sonoma County.

The agreement was reached with district attorneys in Butte, Lassen, Plumas, Shasta, Sonoma and Tehama. PG&E was under criminal investigation in five of the counties and facing a criminal indictment in Sonoma.

The utility will pay $55 million to the counties. $35 million will go to non-profit agencies including schools, fire departments, and community organizations. Sonoma County will receive $7.5 million in civil penalties, while the other five counties will receive $1 million each.

As part of the settlement, PG&E will help Santa Rosa Junior College expand its fire-technology and safety center and provide further support to its vegetation-management training program.

PG&E has also agreed to hire 160 to 180 new wildfire safety personnel across the six counties to improve vegetation management and equipment safety inspections. An independent monitor will oversee PG&E’s compliance for the next five years. The utility is not supposed to pass the costs on to customers.

PG&E is not out of the woods. The U.S. Attorney’s Office in Sacramento is still investigating the utility’s role in the Dixie Fire and was not a party to the legal settlement. Additionally, PG&E is facing a slew of private lawsuits from victims and an indictment in Shasta county for the deadly Zogg Fire.

Read more at CNN and the Sacramento Bee.