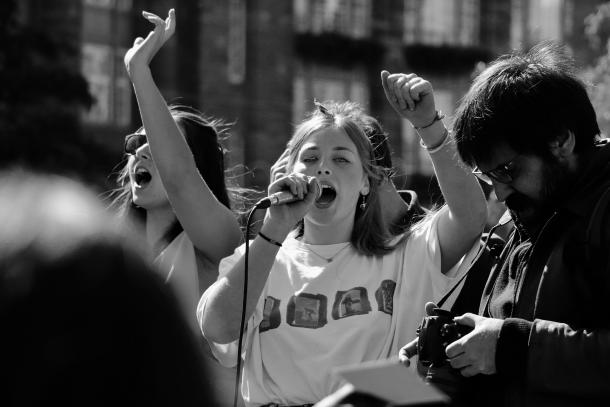 Public officials across California are reacting to what appears to be the imminent reversal of Roe v. Wade and preparing for a potential onslaught of women seeking abortion services from out of state.

“We know that abortion rights are more fragile than they’ve been in decades in this country,” said Santa Clara County Supervisor Cindy Chavez at a briefing on Monday. “In states other than California lawmakers are increasingly passing strict bans on abortions as the Supreme Court reconsiders the scope and existence of this constitutional right.”

A pair of Planned Parenthood facilities in San Jose say they have already seen an increase in women seeking abortions from out of state. The facilities have provided services to nearly 90 out-of-state women since July 2021, two months before Texas’ SB 8 took effect.

“California will not stand idly by as women across America are stripped of their rights and the progress so many have fought for gets erased. We will fight,” they said in a joint statement.

Lawmakers are also expected to pursue policies that would strengthen the state’s abortion infrastructure to meet increased demand. If Roe v. Wade is overturned, more than half the states in the country could ban abortion in some form.