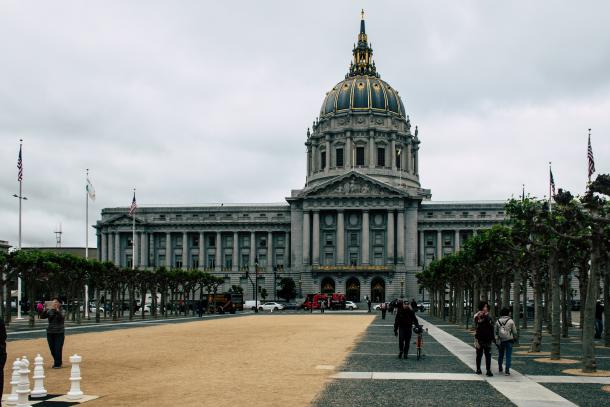 A San Francisco prosecutor who resigned in opposition to Chesa Boudin’s policies will replace her former boss as the city’s next District Attorney.

Mayor London Breed appointed Brooke Jenkins to the position Thursday, a month after Boudin’s decisive defeat in the recall election against him. Jenkins will hold the appointment through November when the post is up for election. She is running for the office.

“The paramount mission of the district attorney's office is to promote public safety, and as your next district attorney, I will restore accountability and consequences to our criminal justice system here in San Francisco,” said Jenkins.

She vowed to "take back our streets," and ensure that repeat criminals will "no longer be allowed to victimize our city without consequence."

Jenkins is the first Latina district attorney in the city's history. She worked in the San Francisco DA’s Homicide Unit from 2014 to 2021, but has never served in a management position. She earned her B.A. in Political Science and African-American Studies from the University of California Berkeley and her J.D. from the University of Chicago Law School. While she considers herself a progressive, she believes Boudin went too far in prioritizing rehabilitation over prosecution and contributed to crime in the city.

SF Gate has an interesting account of Jenkins’ first day on the job. She reportedly arrived at her first meeting with Mayor Breed’s Deputy Chief of Staff Andrea Bruss. Attendees — many of them Boudin holdovers — said Bruss appeared to be acting as Jenkins’ chaperone. They described the meeting as “icy” and at times “insane.” While no one was fired, Jenkins indicated there would be a future “reshuffling” of personnel.