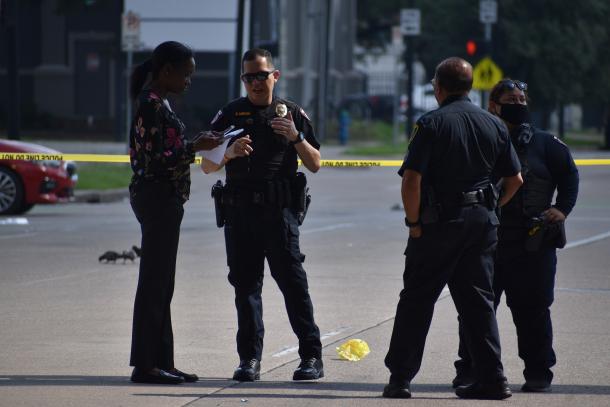 The gunman who opened fire on an LGBTQ nightclub in Colorado Springs just before midnight Saturday has been identified as 22-year-old Anderson Lee Aldrich. He is reportedly the grandson of Randy Voepel, a Republican state assemblymember and the former mayor of Santee.

Five people were killed and at least 25 were wounded after Aldrich began shooting inside the Club Q nightclub. A group of “heroic” patrons reportedly stopped him before was able to kill more people. Investigators have confirmed the shooting is being looked at as a possible hate crime.

Voepel made headlines last year for praising the violent insurrection at the U.S. Capitol and comparing the rioters to American revolutionaries.

“This is Lexington and Concord,” he wrote. “First shots fired against tyranny. Tyranny will follow in the aftermath of the Biden swear in on January 20th.”

Voepel joined the Santee City Council in 1996 and served as mayor from 2000-2016 when he was elected to the California Assembly.

A Colorado man by the name of Anderson Lee Aldrich was arrested last summer for allegedly making bomb threats. Following a standoff with police, he was charged with two counts of felony menacing and three counts of first-degree kidnapping.

We are awaiting a complete list of the shooting victims. Among the deceased are Daniel Davis Aston, 28 and Tara Bush, also known as DJ T-Beatz.

The shooting occurred the night before Transgender Day of Remembrance. A drag queen show was reportedly taking place at the club that night. Drag queen hours have become a flashpoint in the culture wars. In July, members of the Proud Boys stormed a Woodland, California bar where drag queens were putting on a performance. And in June, State Senator Scott Wiener received bomb threats that referenced his advocacy of Drag Queen Story Hour at local libraries.