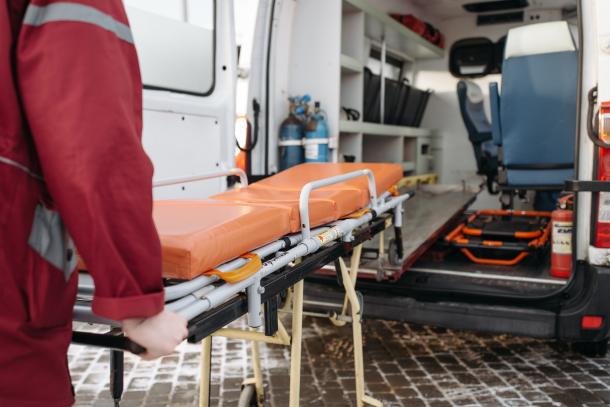 Driver Who Hit 25 LASD Recruits is Released From Jail

A wrong-way driver who plowed into a group of Los Angeles Sheriff’s Department recruits has been released from custody – even though the sheriff’s department says it has evidence he acted intentionally.

Nicholas Joseph Gutierrez, 22, veered his SUV off the road near the sheriff’s academy early morning Wednesday, where 75 LASD recruits were on a routine run. He injured 25 people, five of them critically, before hitting a pole.

Sheriff Alex Villanueva initially referred to the incident as a “horrible accident.” LASD then detained Gutierrez on attempted murder of a peace officer, saying they had come to believe this was a “deliberate act.” By Thursday, however, Gutierrez was being released from jail. LASD described the release as “provisional” while the department works to build an "iron-clad" case.

Villanueva took a shot at the county’s district attorney, whom he's sparred with during his tenure.

“We operate under prosecutor George Gascón. We definitely have grave concerns about his ability to prosecute,” the sheriff told NewsNation.

But Gascón’s office has not yet received a case to review. LASD is investigating the case along with the California Highway Patrol and has yet to turn anything over to prosecutors.

“They advised our office late [Thursday] that they would not be presenting a case at this time and that they would be releasing the suspect,” Tiffiny Blacknell, a spokeswoman for the L.A. County District Attorney’s Office, said in a statement Friday.

LASD cites the case’s “complexity.” Experts who spoke to the Times noted that it could take time to process the vehicle and determine motive. LASD only has 48 hours to present a case to prosecutors. If a solid case is put together, the suspect will be be arrested.

Gutierrez’s lawyer says the evidence will show that this was a tragic accident and not intentional.

Sheriff-Elect Robert Luna, who beat Villanueva in the November 8 election, refused to comment on the case, but offered his prayers for the recruits and their families.