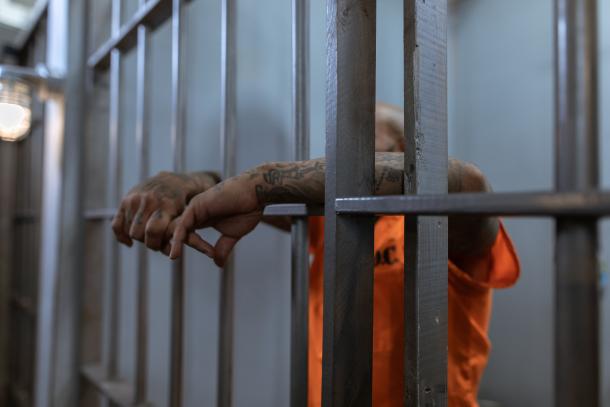 Orange County’s new sheriff’s department watchdog is under fire from civil rights advocates who say his resume raises questions about his commitment to transparency.

Robert Faigin was hired by the Board of Supervisors in October to lead the county’s Office of Independent Review (OIR). His job is to provide oversight of the troubled Orange County Sheriff’s Department.

Faigin previously worked as a top lawyer for the sheriff’s office in San Diego. In other words, it was his job to represent a department with one of the highest in-custody death rates in the state.

A scathing state audit found SDSD was rife with “systemic” issues that led to numerous inmates deaths. The incident review panel that Faigin was a part of “failed to provide effective, independent oversight of in‑custody deaths,” according to auditors, and failed to conduct investigations into nearly one‑third of county jail deaths.

“If the office is going to be run by someone with the history that Robert Faigin has, what is the point?” asked ACLU organizer Daisy Ramirez in an interview with Voice of OC.

“Oversight is only effective when people are willing to call out the injustices. And Robert’s history shows that he has clearly taken the side of the sheriff.”

Jennifer Rojas, a policy advocate with the ACLU, said Faigin’s hiring raises questions about the motivations of supervisors. Andrew Do and Doug Chaffee, who led the search for OIR Director, received large campaign contributions from the union that represents sheriffs’ deputies.

Supervisor Don Wagner told Voice of OC that the thought process behind Faigin’s hiring was simple.

“He is an outstanding candidate, the best in the pool of applicants we had,” Wagner explained.

Even newly-elected Supervisor Vicente Sarmiento, who has advocated for greater sheriff’s department transparency and was opposed by the union, wants to give Faigin a chance before criticizing him.

There is no doubt Faigin is experienced, and his duties as OIR Director are completely different from what he was tasked with in San Diego. In the coming months, all eyes will be on the OIR to see how Faigin performs.